The idea of the Swedish Ice Scraper was born on a dark and cold winter morning in 2005, when the inventor was trying to clean the windscreen of his car using a standard ice scraper. Disappointed with the ice scrapers performance, he knew it would be possible to make a better tool for scraping car windows.

Starting to think about what was important in order to make the scraping movement easier and more effective the inventor, who is a Swedish engineer and designer, found two major features were required:

A small first series were made to test the market and as response was overwhelmingly positive it was decided to go commercial. The Swedish Ice Scraper is still manufactured in the same way and has now been sold in tens of thousands all over the world. It is also a branded winter tool for prestigious carmakers, thanks to its performance and quality.

In 2019 the Swedish Ice Scraper brand was purchased by a long-standing retail partner, NP Autoparts, who have exciting plans to grow the awareness of this great product around the world. 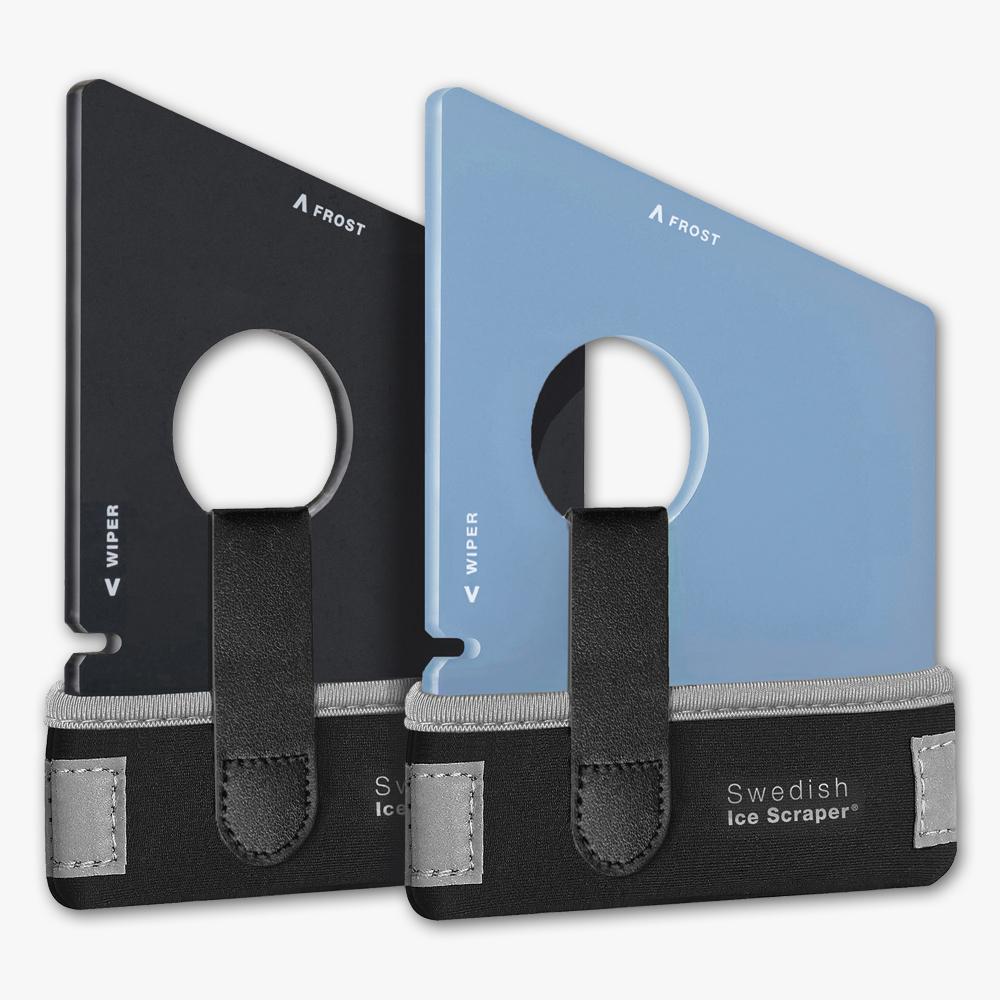 The unique design of the Swedish Ice Scraper has been developed to meet the demanding Nordic winters. Each ice scraper is manufactured from 6mm thick, recycled acrylic glass, with the edges sharpened by diamond polishing.

All scraping edges have a Diamond Polished finish for use on frosted windscreens, firm ice and a useful slot for clearing windscreen wipers.

Functional and Ergonomic Shape for effective scraping power. Fitted with a temperature isolating Neoprene Holder for extra warmth and comfort.

The angled shape of the ice scraper contributes to efficient clearing of frost and ice, whilst allowing for easy access to narrow corners.

In 2019 the Swedish Ice Scraper brand was purchased by a long-standing retail partner, NP Autoparts, who have exciting plans to grow the awareness of this great product around the world.
Currently on sale to the UK at DriveDen.com, International customers can Contact Us for availability.

We welcome all feedback and encourage our customers to review the Swedish Ice Scraper so we can continue to develop and evolve.
Here is what some of our customers have to say...

Great product, easy to use and less time consuming than using a traditional scraper.

Simple but good. The ice scraper is thin so will fit easily in a door pocket. It can easily be found because of the bright colour. The ice scraper takes away ice on car windows with little effort. It fits well in your hands.

I've used this all winter so far, the scraper leared the soft type of frost and the rock hard frozen sleet with equal aplomb.

Lightweight with great features. Easy to use and very comfortable thanks to small padded handle.

High quality, easy to use and durable.

To view the current stocked range and to order please visit DriveDen.com

Please Contact Us for more information regarding purchases outside of the UK.